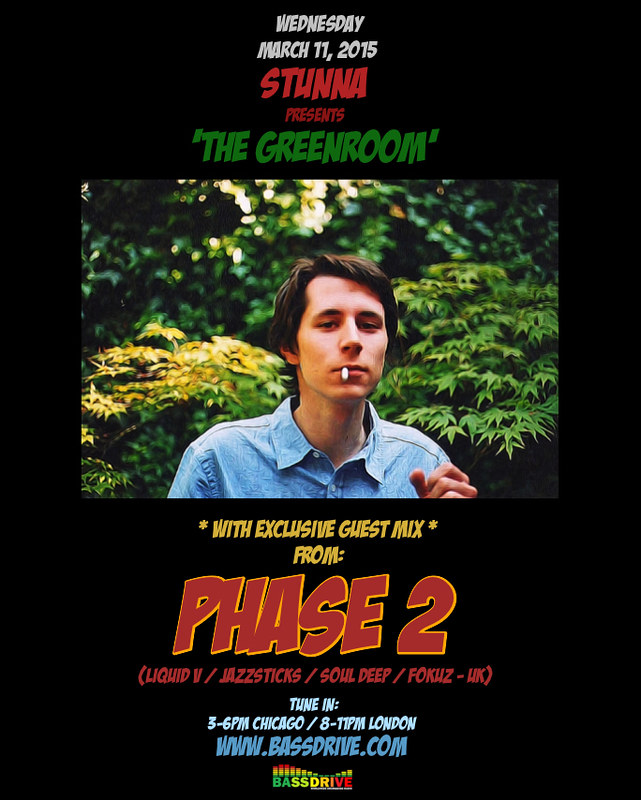 On WEDNESDAY, MARCH 11, 2015, STUNNA presents a very special edition of 'THE GREENROOM' on BASSDRIVE Radio. In this installment, we're treated to an exclusive guest mix from a young and talented producer who goes by the name: PHASE 2.

LONDON, ENGLAND-based producer PHASE 2 (aka GUY McDONALD) has been surrounded by music his entire life. With a concert pianist for a mother, he started learning the violin and piano at 7 years old. Ten years and eight grades later, he was given a mixtape at school by a friend. AARON SPECTRE's live show blew him away; the rhythm and energy were something much more to him than classical music. GUY started producing DRUM+BASS in 2011 at university. Heavily influenced by HIP HOP, JAZZ, FUNK and SOUL, as well as way film soundtracks interact with the picture, GUY set about translating what he heard in his head onto his laptop.

Join us this session as PHASE 2 presents his exclusive guest mix for 'THE GREENROOM.' Tune in!!