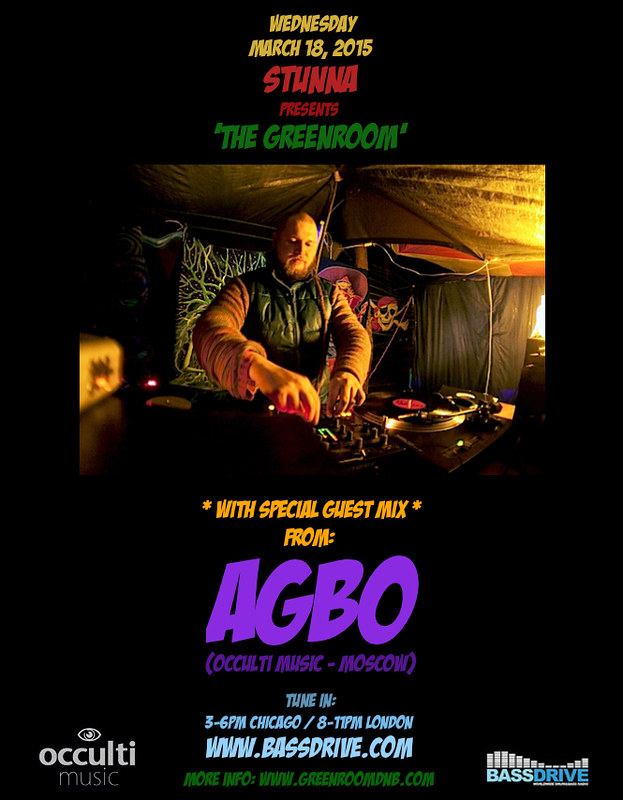 On WEDNESDAY, MARCH 18, 2015, STUNNA presents another very special installment of 'THE GREENROOM' on BASSDRIVE Radio. In this week's edition, we spin the globe and focus our attention on an exciting, upcoming producer and DJ: AGBO.

Hailing from MOSCOW (the capital city of RUSSIA), AGBO (aka ALEXANDER DOVGALYUK) has spent many years involved in the free party scene and soundsystem culture with his main focus on the electronic genre of DUBSTEP. After many years in the studio developing a style that includes deep, hypnotic, half-step vibes, AGBO has also made a name for himself as a seasoned vinyl collector and DJ, too. With fresh new DRUM+BASS slated for the OCCULTI MUSIC label, he's definitely an artist you'll want to keep tabs on in the near future.

Join us this session as AGBO presents an exclusive guest mix for 'THE GREENROOM.' Tune in!!


**For more information on AGBO, visit:

• AGBO on Soundcloud
• AGBO on VK