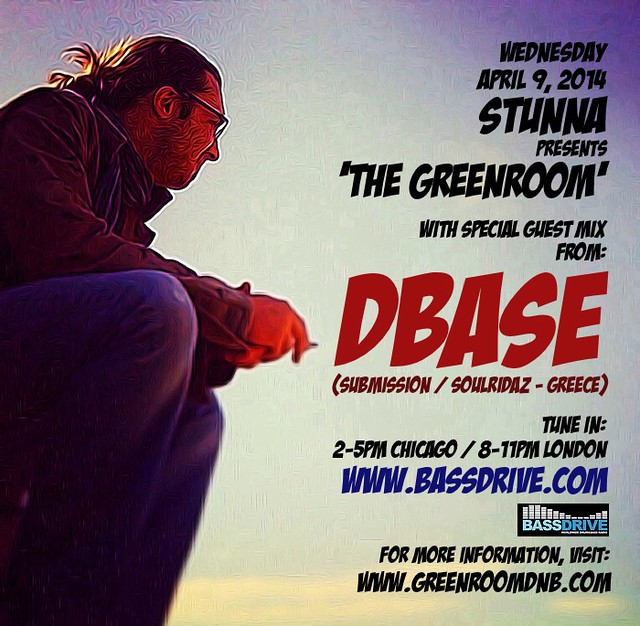 As we move forward into Spring time here in the States, music from studios around the globe created during the cold, Winter months, has begun to surface and find its way into rotation on the airwaves. On WEDNESDAY, APRIL 9, 2014, STUNNA presents a very special installment of 'THE GREENROOM' on BASSDRIVE radio. In this session, he airs an exclusive guest mix from the multi-talented artist known as DBASE.

Hailing from the beautiful country of GREECE, a land rich with a diverse cultural history, the creative and artistic path of DBASE is no different. Starting his musical journey back in 1991 as a DJ, producer, and radio host, DBASE unveiled his 'RAVE ALARM' program to an audience in ATHENS that immediately embraced his diverse selection of electronic music on the airwaves. After releasing his inaugural vinyl offering with N.U.T.E. (SOUND OF SOUNDS) in 1994 with a remix which also incorporated the 'RAVE ALARM' moniker, DBASE also began to explore the world of graphic design and worked as art director for many companies for the better part of a decade.

Join us this session as we're treated to an upfront DRUM+BASS selection from one of the scene's leading lights: DBASE.

**For more information on DBASE, visit: