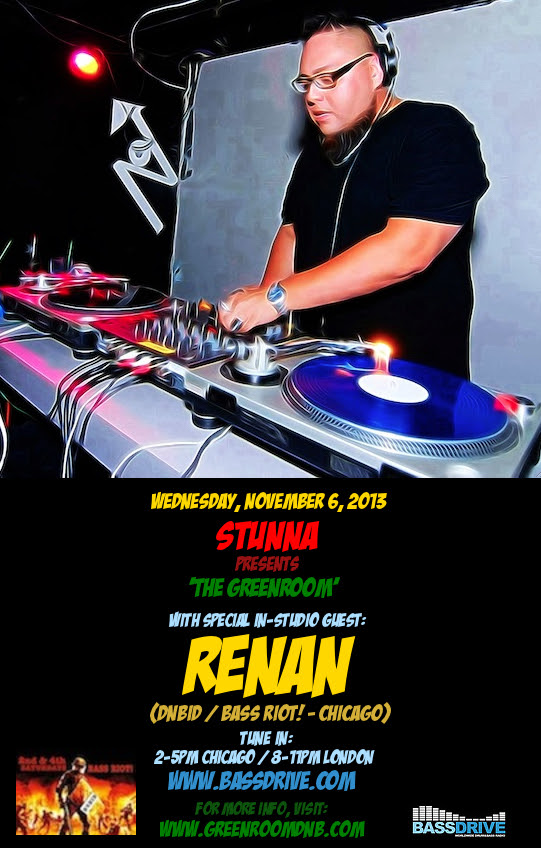 On WEDNESDAY, NOVEMBER 6, 2013, STUNNA hosts a very special edition 'THE GREENROOM' by welcoming fellow CHICAGO-based DJ, producer and promoter RENAN into the studio for the session.

Beginning his career in the world of JUNGLE and DRUM+BASS back in 1994, RENAN (aka ERIK CEVALLOS) has continued to build his reputation both behind the decks and behind the scenes by promoting events around the WINDY CITY as well as co-founding the multi-service recording facility S.O.S. STUDIOS in 2011. Establishing an allegiance with like-minded local selectors, RENAN has curated the "DNBID" (Drum N Bass Is Dead) crew in the form of various regular nights such as 'RAGGAMUFFIN,' 'REFORM,' and most currently, the 'BASS RIOT!' night which finds its home the 2nd and 4th Saturday each month in the basement confines of CHICAGO's ULTRA LOUNGE.


**For more information on a RENAN, visit: