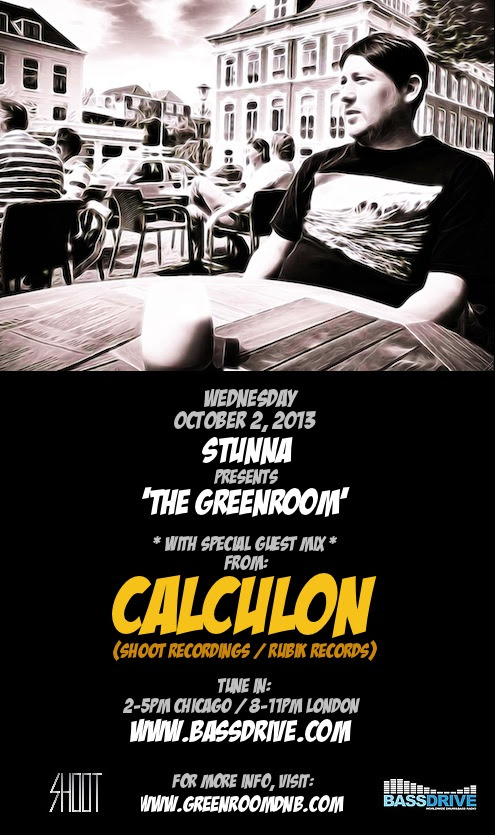 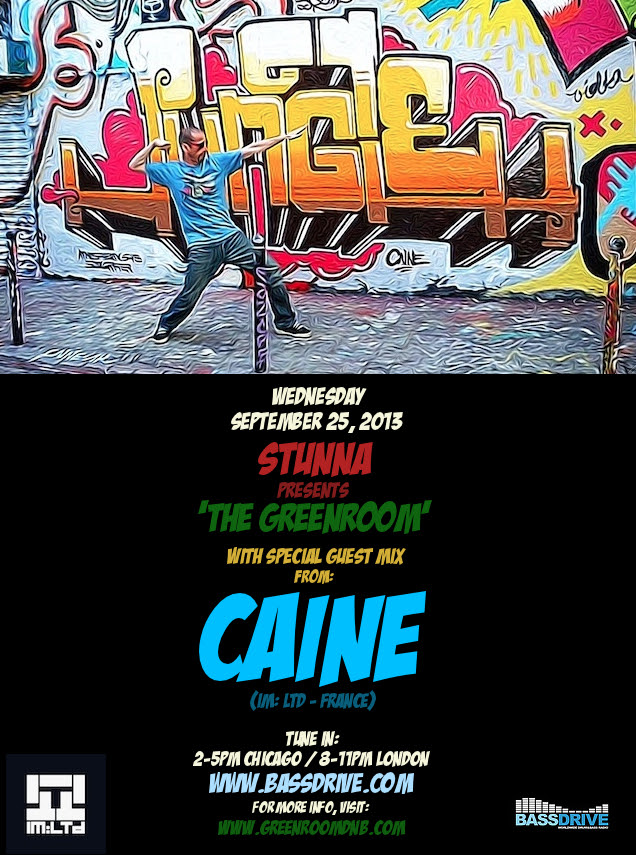 On WEDNESDAY, SEPTEMBER 25, 2013, STUNNA is proud to feature an exclusive guest mix from graphic designer, label owner, producer, and DJ CAINE (aka BASTIEN CHAUVET) on 'THE GREENROOM.'

The PARIS, FRANCE-based talent CAINE has spent the better part of his life involved in not only music, but the street culture scene surrounding it. With years' experience behind the decks, CAINE has also found time to helm the revered, cutting-edge, multi-genre electronic music imprint known as IM:Ltd. With the label's talent roster featuring the likes of SURVIVAL, PENNYGILES, PHIL TANGENT, ROY GREEN + PROTONE, ARPXP, MAURS, PAUL SG, GERWIN, FUTURE SIGNAL, ATMOSPHERIX, BUNGLE, ZERO T, and MORTEM (to name but a few), CAINE's 'golden ears' have helped nurture new talent, spotlight established names, and keep tabs on the ever-changing landscape of future music.

Tune in this week to hear what music is currently at the top of CAINE's crates........