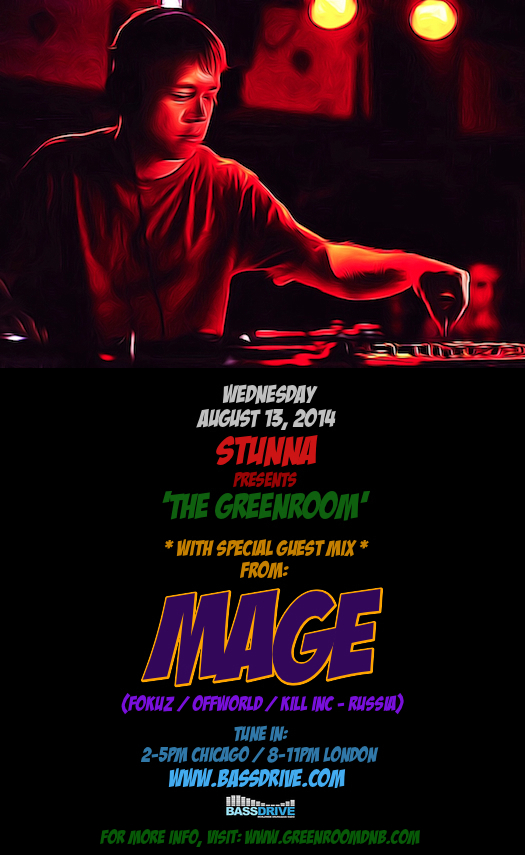 On WEDNESDAY, AUGUST 13, 2014, STUNNA returns with yet another exclusive edition of 'THE GREENROOM' on BASSDRIVE radio. In this week's episode, we turn our attention to the prolific producer (and GREENROOM favorite) MAGE and are treated to a fresh guest mix.

MAGE draws his musical inspiration from the soulful and intelligent sounds of LIQUID FUNK, as well as the playful elements of JUMP UP and the aggressive side of NEUROFUNK to create his own signature sound within the fast-paced world of DRUM+BASS. Join us as we dive deep into an exclusive blend of upfront tunes and original creations from MAGE himself. Tune in!!!