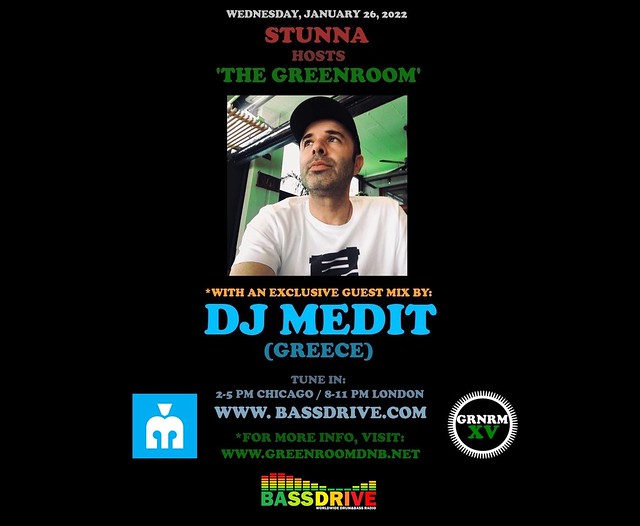 On WEDNESDAY, JANUARY 26th, STUNNA closes out another exciting month of broadcasts in 'THE GREENROOM' BASSDRIVE. In this week's installment, STUNNA welcomes back the talented DJ MEDIT for an exclusive guest mix created especially for the show.

Join us this session as DJ MEDIT returns to the program with a brand new guest mix featuring some of his favorite tracks doing the rounds worldwide. Tune in!