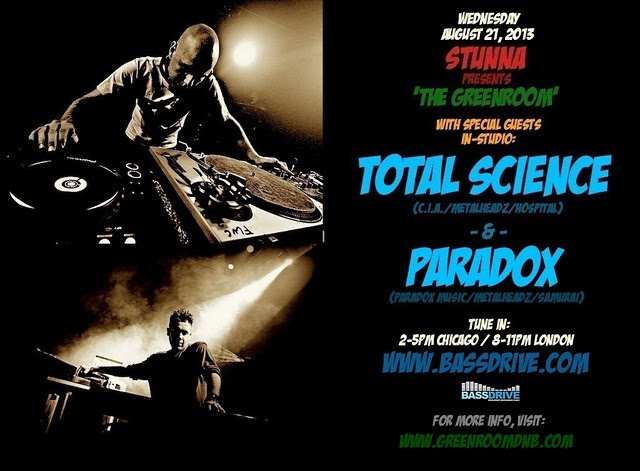 On WEDNESDAY, AUGUST 21, 2013, STUNNA presents a very special edition of 'THE GREENROOM.' For this broadcast, STUNNA welcomes legendary producer PARADOX for a rare in-studio appearance.

A musician releasing original music for nearly 25 years, PARADOX (DEV PANDYA) truly needs no introduction to any seasoned connoisseur of the 'DRUMFUNK' brand of DRUM+BASS music.

With a steadfast approach to creating new beat patterns out of classic, and often unearthed/forgotten drum breaks from funk, jazz, and obscure music sources, PARADOX has produced and released a staggering amount of music to date.

PARADOX is currently in the midst of a NORTH AMERICAN tour of his live P.A. (which features unique performances of his tracks - constructing and deconstructing his music with the use of his trusty sampler and keyboard). You can catch him at the remaining upcoming stops..... 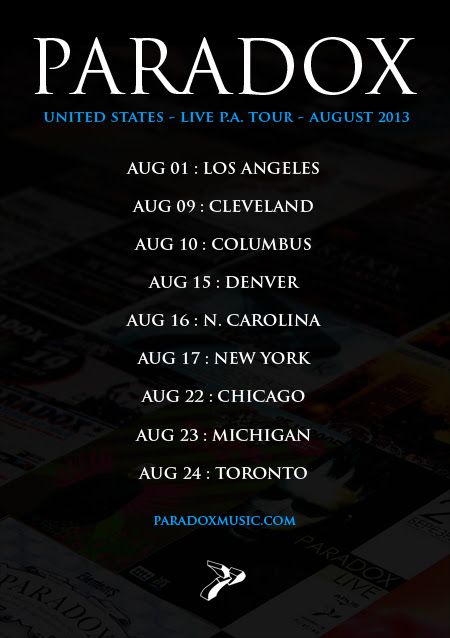 For more info on PARADOX, visit:

As an added bonus, STUNNA also welcomes one half of prolific production duo TOTAL SCIENCE into 'THE GREENROOM' studio for a special set: PAUL "SPINBACK" SMITH.

Just days away from the release of the 'SEE YOUR FACE' EP (SHOGUN AUDIO), TOTAL SCIENCE have a handful of further upcoming releases as well as global tour dates in the coming months.

***** Catch both TOTAL SCIENCE and PARADOX in CHICAGO this THURSDAY, AUGUST 22nd for 'ABDUCTED SESSIONS' @ SMARTBAR. 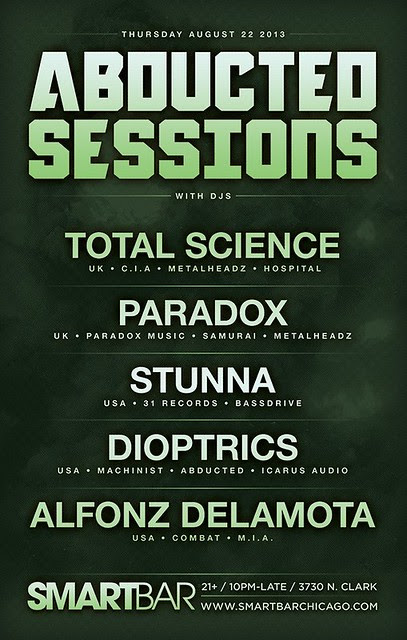