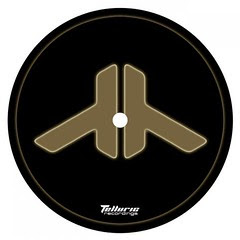 With its impressive release history, strong label roster (including both established and fresh producers: PFM, TAYLA, J-LAZE, FURNEY, SMOTE, BLADE, dRamatic, dbAudio, MR JOSEPH, EDWARD OBERON, MATHEMATICS, ATLANTIC CONNECTION, STUNNA, PHYSICS, PAUL T, QUMULUS, and many more), and both a handful of 12" vinyl releases and artist LP's set to drop, 2010 looks to be the year the TELLURIC RECORDINGS camp makes some bigger waves in the world of deeper, refined DRUM+BASS.


On the eve of the label's 12th vinyl release featuring stellar tracks from UK's dRamatic + dbAudio and BLADE, THE GREENROOM caught up with the main man behind revered, BROOKLYN-based TELLURIC RECORDINGS: owner, DJ, promoter, and producer PLACE 42 .......... 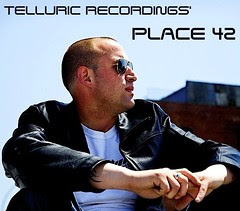 GREENROOM: First off, thanks for taking some time out to answer a few questions for the readers and the fans.

Can you give us a quick rundown of when you got into DRUM+BASS initially and also what inspired you to launch the TELLURIC imprint back in 2005?

PLACE 42: DRUM+BASS for me was something that stemmed out of the early HARDCORE/JUNGLE scene. Hearing a lot of the early music and its progression led me into D+B. It really became official for me upon hearing LTJ BUKEM's seminal classic "HORIZONS" in the mid-1990's. The TELLURIC label was a project that I had been mulling over since the early 2000's. Fast forward a few years, and I started to communicate with some great artists so I felt it was time to dive in head first and offer the masses something I hold very close to my heart: classic, timeless music.


GREENROOM: Deep, atmospheric and musical are a few words used to describe the TELLURIC 'sound' as I've heard from many fans and followers of the label and its artists. How much influence and inspiration have labels such as GOOD LOOKING and CADENCE had on your direction as a DJ and ultimately as a label A&R man?

PLACE 42: The GOOD LOOKING ORGANISATION and all its sublabels are really what have helped to hone my sound and vibe as both a DJ and seeker of new talent for my label. I have been spinning since '95 and have really always held GLO in the utmost regard. They have such a rich catalogue and history behind them without a doubt. I've definitely learned a lot of the business-side through my association with them and have, in turn, have strived to keep my own standards and vision with TELLURIC in the same vein. 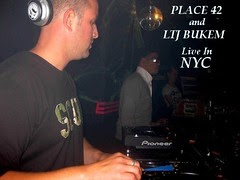 GREENROOM: Coinciding TELLURIC's tenth vinyl release, you recently cooked up an excellent mix CD entitled 'TELLURIC ACTIVITY VOL. 1.' It features many upcoming artists making bigger moves these days such as CHRIS INPERSPECTIVE, DIRRRTY B, and PARHELIA, to name a few. Can you give a preview of any new artists and are there more label projects on the horizon?

PLACE 42: Sure, and a lot to say the least! First off, I've started working exclusively with three artists from scratch on album projects for the label: MR JOSEPH out of the UK, BLADE also from the UK, and SMOTE coming out of SLOVAKIA. I'm very proud of each of these artists as I truly see them being major players in the new generation of deep DRUM+BASS producers. I've taken a different approach in dealing with this from a pure A&R angle by working with the artists real-time on an executive production level as the albums are being put together. Two-way communication working toward a greater good has really made each project exciting and truly original. Also on the horizon, I have another volume in the 'TELLURIC ACTIVITY' mix series planned for the near future as well as three more vinyl releases for 2010 from the likes of dRamatic + dbAudio (which actually is just hitting the shops now), PAUL SG, DYNAMIC, and mSdoS.


GREENROOM: As a label owner releasing both vinyl and digital formats, do you think one is more important than the other or do you feel both are a necessity in the evolving electronic music market?

PLACE 42: I truly believe in the superior fidelity of vinyl over digital and I will continue to support that format as long as I can. On the other hand, I also realize digital has firmly declared its place in the market place on a global level today. I will be launching a TELLURIC DIGITAL website soon, embracing the tremendous amount of new and forthcoming music as well as the TELLURIC back catalogue. 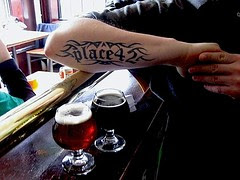 GREENROOM: You've hosted many shows as a promoter in the past few years in your hometown of NEW YORK CITY. How's the scene for the deeper, dancefloor D+B these days locally and are you going to continue to throw your 'TELLURIC ACTIVITIES' in the future?

PLACE 42: Being someone who holds his parties in very high regard as far as sound, proper venue, top-shelf national and international headliners, it's been an uphill battle in NYC to say the least. The scene here seems to mainly feature and embrace the more local and mainstream sounds of JUNGLE and DUBSTEP. The deeper sound and quality of the party does not matter to the average partygoer in the current NYC climate. To promote my label and sound outside of town, I will be playing some marquee shows coming up with the one and only LTJ BUKEM. The way I see things right now, as ever, is all about quality over quantity. The 'TELLURIC ACTIVITY' parties will happen in NYC when things pick up though and we are also having tremendous opportunities and support for shows abroad where the scene is much stronger.


GREENROOM: Thanks again for your time, anyone you want to give a shout-out to?

- For further INFO on PLACE 42, visit him on


- For more INFO on TELLURIC RECORDINGS, visit them @