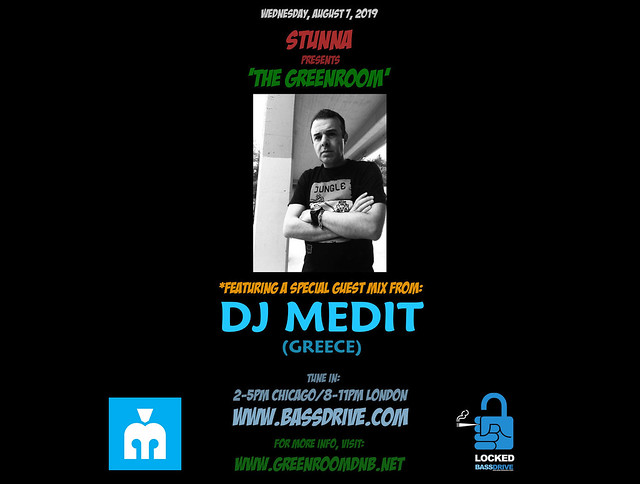 On WEDNESDAY, AUGUST 7, 2019, STUNNA kicks off a brand new month of programs with a special installment of 'THE GREENROOM' on BASSDRIVE Radio. In this week's show, we're treated to an exclusive guest mix from long-time JUNGLE/DRUM+BASS selector DJ MEDIT.

Join us this session as DJ MEDIT makes his debut appearance in 'THE GREENROOM' and presents a special set showcasing some of his favorite tracks doing the rounds worldwide. Tune in!