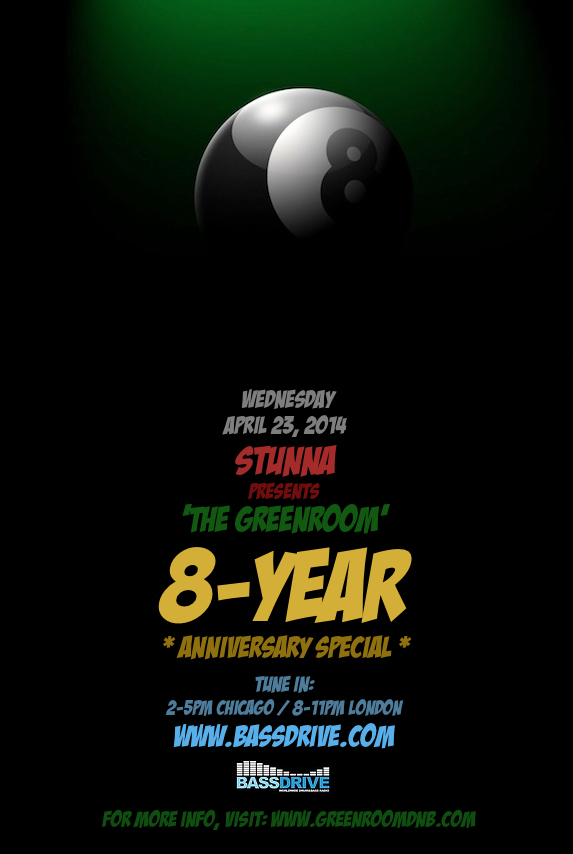 On WEDNESDAY, APRIL 23, 2014, STUNNA presents the 8-YEAR anniversary special edition of 'THE GREENROOM' on BASSDRIVE radio. After more than 400 shows aired during each week's 3-hour program format, the staggering amount of music played from great producers and labels has truly solidified the credo that 'DRUM+BASS is not dead.' Join us as we celebrate the fresh sounds created week in/week out courtesy of talented artists from around the globe. Tune in!!