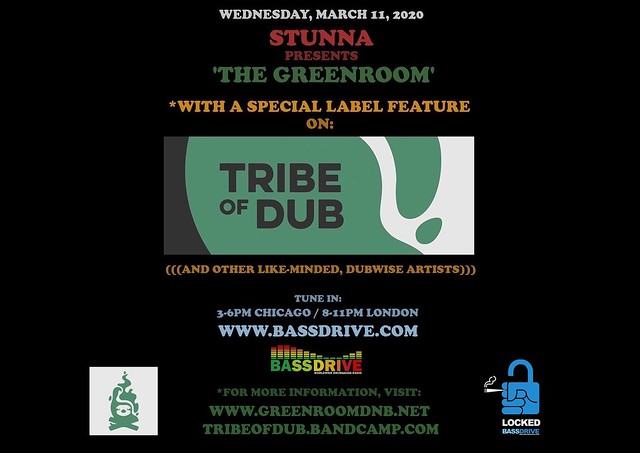 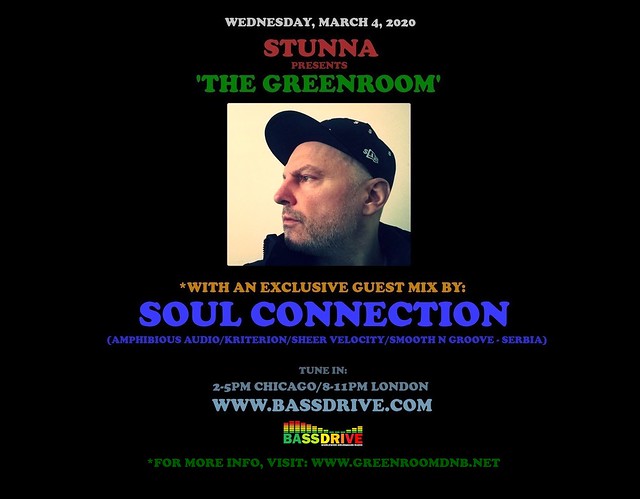 On WEDNESDAY, MARCH 4th, STUNNA dives into a brand new month of programming in 'THE GREENROOM' on BASSDRIVE radio. This week's installment sees STUNNA unveil a very special edition that features the impeccable sounds of producer and DJ SOUL CONNECTION. Kicking off the first two hours of the program, STUNNA will run through a wide selection covering many of SOUL CONNECTION's finest production moments, and the third hour sees the man himself behind the decks for an exclusive guest mix.

Over the past few years, SERBIAN-based DRUM+BASS artist SOUL CONNECTION (aka DRAGAN MILOSEVIC) has received support of his engaging music from some of the scene's best loved DJ's and fellow producers. His much sought after sound has seen releases on various high profile labels around the globe. From his recent 'MUSIC MAKES ME' album on SMOOTH N GROOVE, to EPs and long players for the likes of KRITERION, SHEER VELOCITY, AMPHIBIOUS AUDIO, SOUL DEEP, INFLUENZA, DIRECTORS CUT, and SOUNDTRAX, his ever-growing catalogue of stunning productions and increasing following cements SOUL CONNECTION as one of the most exciting producers within today's fast-paced scene.

Join us this broadcast of 'THE GREENROOM' for a 3 HOUR special that will shed a bit more light on one of DRUM+BASS music's finest artists creating deep and cerebral, yet infectiously jazzy and danceable grooves heard around the world. Tune in!