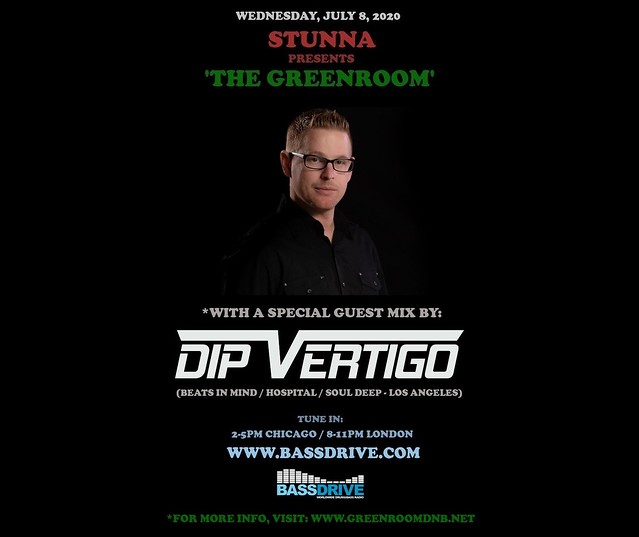 On WEDNESDAY, JULY 8, STUNNA presents another very special edition of 'THE GREENROOM' on BASSDRIVE Radio. In this week's installment, he welcomes multi-faceted artist DIP VERTIGO to the show for an exclusive guest mix.

LOS ANGELES, CALIFORNIA-based DIP VERTIGO (aka JEREMY EICHBERG) has been a major player in the L.A. DRUM+BASS scene since 2004 when he joined the illustrious GRAPEVINEZ crew. It was there that DIP received his first DJ bookings and started his rise up the ladder. He continued his burgeoning DJ career by playing premiere nights such as RESPECT, BASSRUSH, SD UNION, XCELLERATED, BIG BOOTY BASS, and co-created the TIMELESS DNB brand. He's also made appearances in SAN FRANCISCO, LAS VEGAS, DENVER, BOSTON, NEW YORK, FLORIDA, and in 2016, he was given the esteemed honor of playing at the SUN AND BASS music festival in SAN TEODORO, SARDINIA, ITALY. Performing on the beautiful LA CINTA beach, DIP performed in the DJ competition and took the runner-up prize. Taking his DJ endeavors beyond a live setting, DIP has also brought his talents to the airwaves. For more than 15 years, he's performed on various days via the DnbRadio site. He also hosts his own podcast entitled "GET DIPPED," which is available on iTunes, MIXCLOUD via DnbRadio and the UBB Network for the masses.

Initially beginning his musical career playing drums at the age of five, he picked up piano at seven, became proficient on clarinet and saxophone at fifteen, and found his voice as a professional jazz, opera and choral singer at twenty. Taking his multi-dimensional talents to the next level, DIP VERTIGO has also found his calling as a DRUM+BASS producer. With a number of solid releases on high profile labels such as HOSPITAL RECORDS and SOUL DEEP RECORDINGS behind him, the year 2020 sees DIP continue to successfully move forward as a creative artist, DJ, producer and entertainer.

Join us this session as DIP VERTIGO presents a special guest mix showcasing some of his favorite tracks doing the global rounds. Tune in! 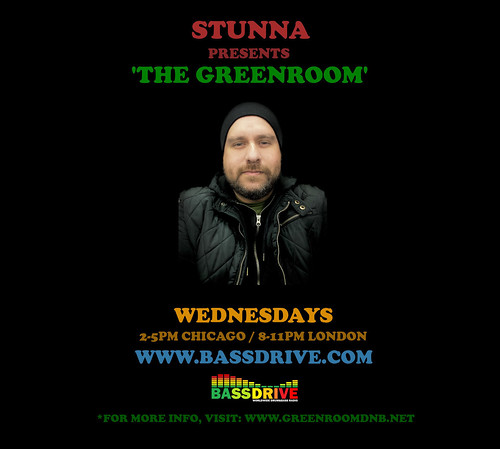