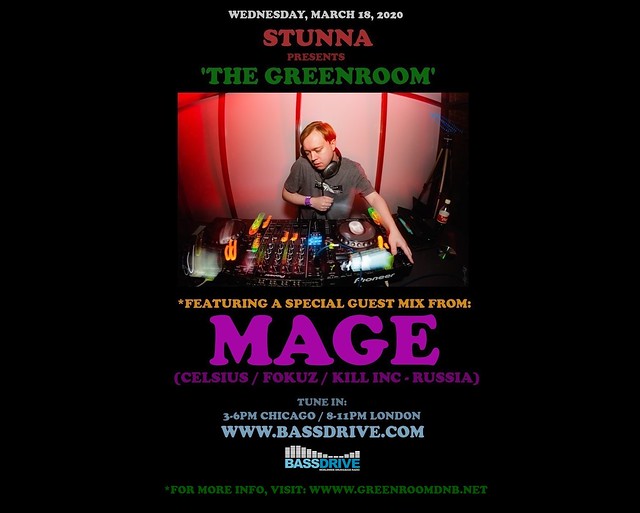 On WEDNESDAY, MARCH 18, 2020, STUNNA dives deeper into the month and presents another very special installment of 'THE GREENROOM' on BASSDRIVE Radio. In this week's edition, STUNNA welcomes back the talented and prolific producer and DJ known as MAGE for an exclusive guest mix during the broadcast.

MAGE draws his musical inspiration from the soulful and intelligent sounds of LIQUID FUNK, as well as the playful elements of JUMP UP and the aggressive side of NEUROFUNK to create his own signature sound within the fast-paced world of DRUM+BASS. JANUARY 2020 saw MAGE release the massive 'UNRESTRICTED' LP on the KILL INC imprint. With a bevy of releases lined up for the remainder of the year into 2021 and beyond, MAGE goes deep into the mix for an exclusive blend of his own original creations, alongside cutting-edge tracks doing the rounds. Tune in!!!


*For more information on MAGE, visit: