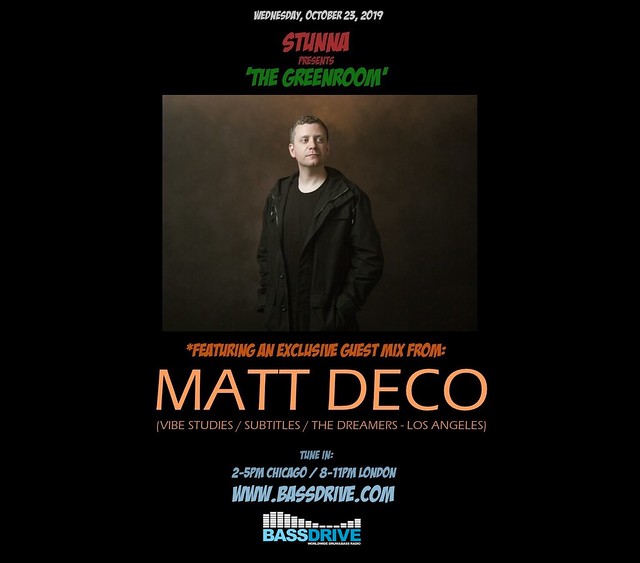 Posted by Stunna at 9:58 AM No comments: 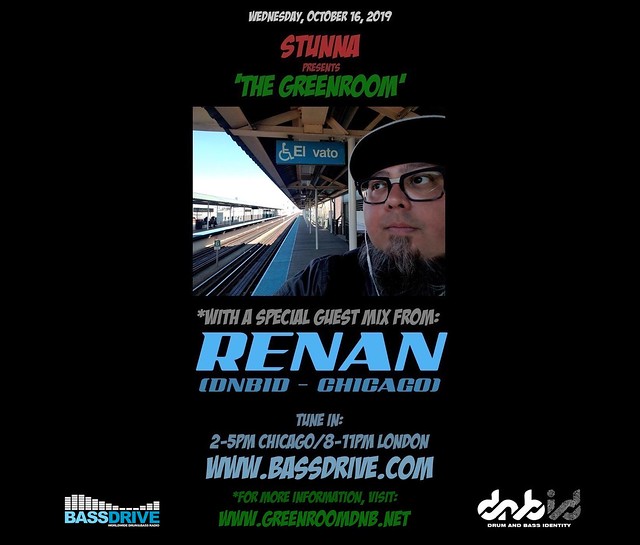 On WEDNESDAY, OCTOBER 16, 2018, STUNNA presents another very special edition of 'THE GREENROOM' on BASSDRIVE Radio. In this week's session, he welcomes back to the show CHICAGO's own RENAN for an exclusive guest mix.

Beginning his career in the world of JUNGLE and DRUM+BASS music back in 1994, RENAN (aka ERIK CEVALLOS) has continued to build his reputation both behind the decks and behind the scenes by promoting events around the CHICAGO area as well as co-founding the multi-service recording facility S.O.S. STUDIOS in 2011. Establishing an allegiance with like-minded local selectors, RENAN has curated the DNBiD crew in the form of various regular nights such as 'BASS RIOT,' 'RAGGAMUFFIN,' and 'REFORM.' SATURDAY, OCTOBER 19th sees RENAN and the DNBiD crew welcome TORONTO, CANADA-based producer and DJ MARCUS VISIONARY for a special intimate club session. Featuring a stacked lineup of DJs including STUNNA, MEGAMIKE, and RENAN himself, the EVENT will take place at their new monthly home: SUBTERRANEAN (2011 W NORTH AVE, CHICAGO, IL).

Join us this installment of 'THE GREENROOM' as RENAN dons the decks for a special guest mix featuring some of his favorite tracks doing the rounds worldwide. Tune in! 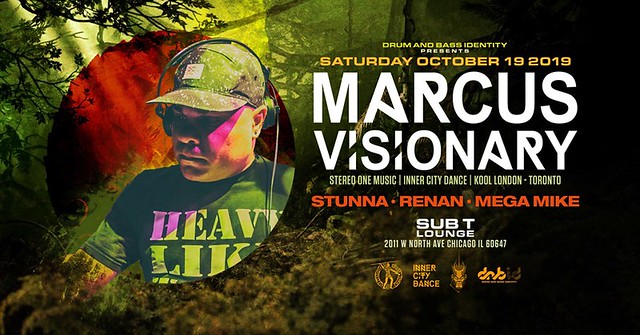 *For more information on RENAN, visit:

Posted by Stunna at 8:23 AM No comments: